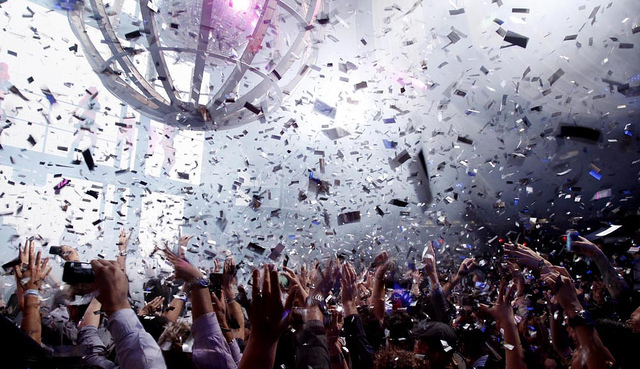 What’s up Clubmappers? It has been a while since we’ve posted- the closing of Summer has proven to be even crazier than Summer! We have a lot of really cool updates to share though.

Clubmapp has actually been all over the world- from Vegas to Berlin to London- meeting the greatest app developers and learning more about up and coming clubs around the world.

Our most recent trip was to Vegas, where members of the Clubmapp team partied countless nights away in true luxurious Sin City style, living it up at the most famous clubs of NOW. Here is our list of our top 3 favorite clubs in Vegas:

Hakkasan at MGM Grand : This ‘mega-club’ in MGM Grand is known around town as the ultimate place to party. A five-story structure (a rare sight outside the tourist-trap areas of Eastern Europe), Hakkasan spans 80,000 square feet. The club boasts an expansive dance floor, a suspended performance area, floor-to-ceiling LED screens and purposefully oversized VIP booths. DJ’s that frequent this mega-club include Steve Aoki, Calvin Harris, R3hab, and Tiësto, to name a few!

XS at Encore:  This 40,000-square-foot club in Encore at Wynn Las Vegas has a design that is artfully inspired by the sensuous curves of the human body. In a highly pretentious but extraordinarily thrilling touch- gold leaf sculptures of female torsos actually line the bar, offering the most extravagant nightlife experience around. XS has two unique bottle service experiences – from booths around the dance floor or from cabanas surrounding the resort’s pool. The glitterati often flock to XS on Friday and Saturday evenings while Monday’s IN industry night is also among the club’s hottest events.

Marquee Night Club at The Cosmopolitan of Las Vegas:  This 60,000-square-foot mega-club (if you can’t already tell, we love BIG) has something for everyone. Not only are there seven bars, but Marquee Nightclub also boasts three separate rooms. The main room has a high-tech sound system, an elevated dance floor and a 40-foot video wall that backs the DJ booth. Next door, the Library is more laid-back with a fireplace, vintage books and a billiards table. The Boom Box is found on the lower level of Marquee Nightclub. It features fabulous views of the Strip and a separate DJ spinning hip-hop and other music genres.

We had the greatest time in Vegas and we are looking forward to what the end of 2014 has to bring! Huge news coming ahead people so stay tuned. Clubmapp is going to explode from here!